John’s cheap locks didn’t stop a burglary A year ago John, from Birmingham was burgled.  He took advise from a local locksmith and asked for the best

A year ago John, from Birmingham was burgled.  He took advise from a local locksmith and asked for the best lock available on the market. He fitted the Ultion lock on all entrance doors, including the patio doors.  John said, “I was surprised at how little the extra was from a normal lock to an Ultion lock.”  Having been burgled once, it was understandable that John wanted to be able to protect his property and his belongings.

At tea-time last Friday, another attempt was made to break into John’s home.  He was almost home from work.  The intruders were trying to gain access through his patio doors.

29% of People see the Burglar

Fortunately, John didn’t see the burglar attempting to break in, unlike 29% of people who do.  The patio door handle gave a fight, but not enough. Ultion smart lock, however, did prove too much for the burglar and they threw in the towel and left. 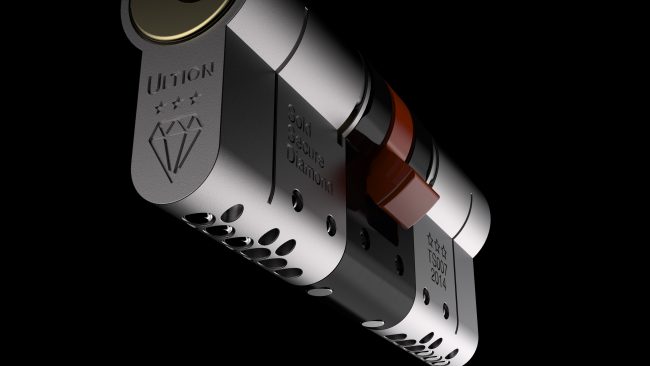 There are certain things in life that we need to protect us.  We live in the Midlands and along with many of our neighbours have been flooded twice in the last two weeks, causing lots of damage. Anything that we can do to protect our home and not face the fear of floods, we will do.  Stopping burglars is easier than stopping water.  The three-star plus sold secure diamond lock, Ultion, is the best way to secure your home against the most common form of a break-in. Most burglars do not want to cause noise, they aim to be in and out of your property in minutes.  Changing your locks is the quickest, cheapest, most effective form of protection.

10 Reasons Why You Need A Wi-Fi Lightbulb

Why You Need a Smart Camera For Your Home

10 Reasons Why You Need A Wi-Fi Lightbulb 0

Why You Need a Smart Camera For Your Home 0

Why You Need a Smart Camera For Your Home 0

4 Ways that Smart Security Can Make your Life Easier 0

WHAT IS COMPRIBAND TAPE AND WHEN SHOULD IT BE USED? 0

8 Ways To Stop Wasting Money On Your Energy Bill 0

Compriband (TP600) is a BBA Approved, impregnated, pre-compressed foam sealing tape, for use around the perimeter of windows and doors. It is comprise [...]
Read More
Application

Glass by its very nature is a brittle material. One of the realities that the construction sector has come to accept in recent years, is that glass br [...]
Read More
Building

Where Are Window Restrictors Required?

Locations That Require Window Restrictors All public organisations have a legal obligation to provide a safe environment. During any new project bu [...]
Read More
© 2021 Dortech Direct Blog Brought to you by Dortech